Skip to main content
Labels
Posted by Unknown May 26, 2009 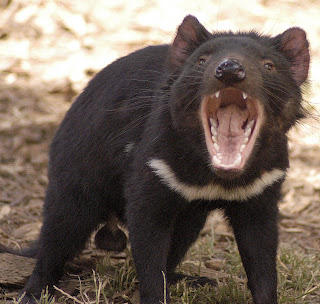 The Tasmanian devil, a snarling fox-sized marsupial made notorious by its Looney Tunes cartoon namesake Taz, was listed in Australia as an endangered species on Friday because of a contagious cancer that has wiped out most of the wild population. The population now stands at approximately 10,000 and there are fears that the marsupial may become extinct within 20 years. Devils do not exist in the wild outside Tasmania, although mainland zoos are breeding captive populations as a strategy against total extinction. Their numbers have declined by 70percent since the facial cancer was first reported in 1996. The disease is caused by bites inflicted on each other's faces as part of a bizarre mating ritual or while squabbling over food. It causes grotesque facial tumors that eventually prevent them from feeding, leading to starvation within months. Coincidentally, the creators of Taz, Warner Brothers are helping to fund research into the disease to help prevent further population decline.
Labels: Fragile Earth Nature Notes Today's Science News