Skip to main content
Labels
Posted by Jeremy Stone May 07, 2009 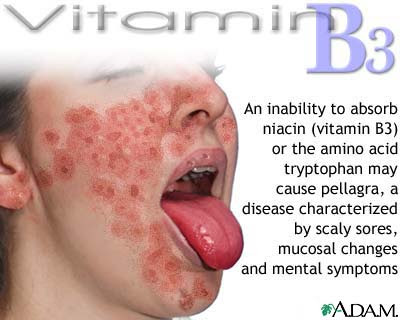 A healthy human diet should include the right amounts of: protein, carbohydrate, lipid, minerals, fibre/roughage, water and of course vitamins.

Vitamins are chemicals needed, in small amounts, for the body’s internal chemistry (“metabolism”) to work correctly. We have to eat (or drink) our vitamins directly, as they can’t be made in the body. If we lack any vitamin we suffer from a deficiency disease, and in some cases too much of a vitamin can cause problems as well. It is widely said for example that you should not eat a polar bear’s liver because it is so rich in vitamin A (and it will also, no doubt, anger the polar bear). Eating a large amount of vitamin A in a short time leads to “chronic vitaminosis A”, the symptoms of which include: drowsiness, blurred vision, peeling skin and ultimately liver damage, coma and death.

The discovery of vitamins and their role in human nutrition started with the work of Christiaan Eijkman – a Dutch doctor who discovered in 1897 that chickens fed on polished rice (with the husk removed) suffered from polyneuritis (known as beriberi in humans), but soon recovered when fed on cheaper unpolished rice. Eijkman proposed that there was something in the rice husks which stopped the condition developing – we now know this ‘something’ as vitamin B1 or thiamine. Chemist Casimir Funk followed Eijkman’s idea and in 1911 isolated a chemical from rice husks which cured polyneuritis in pigeons. He named this chemical “vitamine” i.e. an amine compound vital to life. It later turned out that the chemical was not an amine compound after all – but the name stuck, with the loss of the final ‘e’. In 1913 vitamins A and D were discovered, and in 1928 vitamin C (ascorbic acid) was isolated by Albert Szent-Gyorgyi, who received the Nobel Prize for medicine in 1937 (as had Eijkman in 1929).

At first, when the precise chemical nature of the various vitamins was not known, for ease of reference, they were called “fat soluble A” and “water soluble B” etc. In 1920 Jack Drummond suggested they should simply be known as A, B etc., “until their true nature was identified”. Vitamin K was discovered in the late 1920s, and was so called after its German name Koagulationsvitamin, as it was found to be necessary for blood to coagulate.
Labels: Biology Stuff People in Science