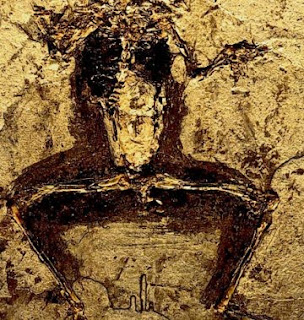 An Article From Today's Irish Times
A UNIVERSITY College Dublin researcher is simulating how fossils form in order to help explain what palaeontologists read in the fossil record.

“Fossils are windows into the world of the past,” stated Dr Maria McNamara during a session at the British Science Association’s annual Festival of Science under way in Guildford. “People have been collecting fossils at least from Bronze Age times.” The problem is there are huge gaps in the record of life which stretches back several billion years.

Dr McNamara was nominated to deliver a prestigious Charles Lyell Award Lecture at the festival yesterday which she titled: What rots? How dead animals decompose and its importance for decoding the history of life. She described how fossils form when dead animals are buried in sediments to be preserved in rocks that later migrate back to the surface due to movements in the Earth’s crust...

She completed her PhD work on a study of 10 million- year-old frog fossils recovered from rocks that were originally sediments at the bottom of a 100 metre deep lake in Spain. These had undergone “exceptional preservation”, not just of skeletal bones but also soft tissues. Skin and internal organs had fossilised and could be studied in detail, she said. They could study the frogs’ physiology but also what they ate in their last meal.