Humans as Primates by Fiona Boyd

A dying mother lay on the ground, her friends and family stood around her, hushed into silence. Her eldest daughter stepped out of the surrounding crowd and lay down. She wrapped herself up in her mother’s arms, for the last time. She lay there like a newborn child as her mother passed away.
This scene was witnessed by the keepers at a gorilla conservation reserve as their most prominent female gorilla died. Thus the recognition of death, grief and respect for the dead are obviously not traits possessed only by humans. Our fellow primates are very like us. They too have day to day activities and routines. Chimpanzees have been observed to have 39 distinct day to day behaviours, such as grooming, mating and tool making. 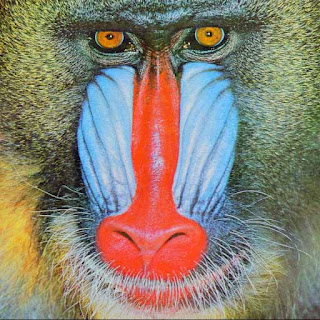 Baboons in particular have social orders and rankings like us. They are able to classify individuals based on their rank and kinship and use this to evaluate social interactions. In some cases, female baboons have been known to pick on another female baboon in a rank lower than them until the stress and strain causes her menstruation to stop, making her effectively infertile.
In 2003, researchers documented traits of fairness amongst brown Capuchin monkeys. This is the first time this trait has been recognised in any other animal than humans. The experiment was carried out on females whereby they were given a small stone by a human handler. The human then tried to take the stone back, much like getting a stick back off a dog. In return for giving it back they would receive a small treat, i.e. a piece of fruit. When the other monkeys saw some monkeys were being given some fruit even though they didn’t give the stick back, they complained, showing their ideas of fairness and equality.
In another interesting case study, flirting has been discovered among captive Diana monkeys. In their enclosure there was a sort of vending machine where you placed a token in a slot and received a treat. One monkey, a young female called Bellan appeared to have great difficulty inserting the token and constantly missed it. Keepers were suspicious that she may have been doing this to try to attract the attention of some nearby males. Sure enough one of the males came to the rescue by inserting the token for her and allowing her to eat the treat. If not flirting this shows generosity and compassion among monkeys.
All in all monkeys, apes and humans show extreme similarities. We each have culture, personality traits and great intelligence. We share an amazingly close gene pool, and can trace all of our ancestors back to the same beginnings. However in saying that, we do have differences too. But at least now, when I call my little brother a monkey, I can back up my argument!
Labels: Biology Stuff Junior Frog Blog Reporters Mammalia Pupil Work

Anonymous said…
Excellent reading. An interesting and well written piece. This blog is an excellent resource for biology teachers in Ireland and abroad.
11:14 am