Carbon Emissions News Brightens up the Day (A Bit) 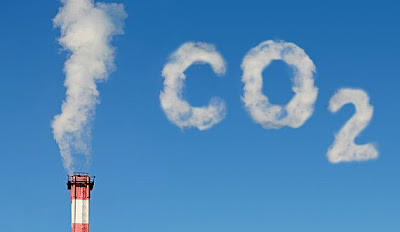 ﻿﻿Oh well, it’s not all doom and gloom here due to the financial crisis – the good news is that global carbon emissions are down (a little). Sadly however, this is largely due to the effects of the recession it is thought, rather than a long term victory for green energy campaigners. The bad news is that economic recovery is likely to result in the upward trend in carbon emissions becoming re-established.
Exeter University’s Pierre Friedlingstein is reported in Nature Geoscience (http://www.nature.com/ngeo/index.html) as saying that the 1.3% drop in emissions from fossil fuels in 2009 was not as dramatic as expected. Whilst emissions did fall markedly in Japan and Europe for example, there was still a steady rise in countries such as China and India.
Having seen some of the Geographical evidence for global warming presented by Trinity College’s Professor Pete Coxon in his talk last year here in St. Columba’s College, it seems all the more important that we try to spread the message that the future lies in so called ‘clean energy’ and in decoupling economic growth from carbon emissions. So turn off those lights, turn down the heating and let's all eat seasonal vegetables..! For more on this story see http://www.bbc.co.uk/news/science-environment-11799073

When we say 'Geographical evidence' by the way, take a look at this excellent piece on global warming which was recently tweeted by the lads from Harvard Best of Science.