The Irish Times today release a new science monthly - called BANG! This supplement is aimed at teenagers but they hope that everyone will find the articles interesting, informative and fun. There is a huge range of brilliant articles in the first edition from the science of Lady Gaga, what to expect in 2020, a history of human space travel, the Science Gallery's Green Machines expo and details on a brilliant science photo competition. ! Also in BANG is an article by Frog Blogger Humphrey Jones on why no one has invented time travel yet - keep reading to find out why! BANG also has its own Facebook page, a Twitter feed and all features are available online too at www.irishtimes.com/society/science. 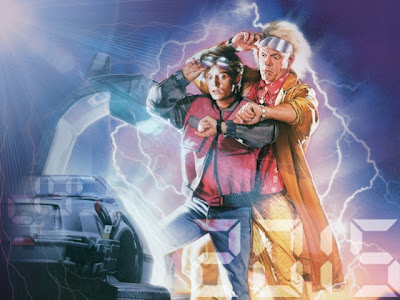 Wouldn't having a time machine be deadly? You’d never be late again, you could meet your heroes from the past, see what you’re future self will be like or even bring home a pet dinosaur!
Time travel has been a source of fantasy for years, since H.G Wells wrote his famous book, The Time Machine, way back in 1895. But do time machines belong purely in the realm of science fiction or is there an element of science fact involved? And, more importantly, if time travel is possible, why hasn’t a time machine been built yet. Let’s look at the science!
Incredibly, time travel is theoretically possible! As we travel through space we also travel through time. In fact, scientists refer to our position (in space) as a combination of our three dimensional co-ordinates and our position in time – the fourth dimension – which they call space-time.
According to Stephen Hawking all you need to time travel is a wormhole, a super-massive black hole or a rocket that can go “really really fast”. Wormholes are tiny tunnels in space and time, which allow tiny particles (smaller than electrons or photons) to take short-cuts through time and space. These exist all around us but in the smallest of scales – the quantum scale (wormholes are just a billion trillion trillionth of centimetre wide and only last for a fraction of a second).
Amazingly these little tunnels link two places in space and in time, potentially allowing particles move from one place to another and from one time to another. Some scientists believe that if we could create a wormhole large enough, trillions of times bigger, we too could travel through time and space! However most scientists, including Stephen Hawking, believe that time travel through wormholes like this wouldn’t be possible and that time travel back in time is actually impossible!
But the story doesn’t end there, as many scientists believe that while we might not be able to go back in time, we might be able to go forward in time! This is where super-massive black holes and our really really fast rocket comes in.
Curiously, scientists have noticed that time travels faster in space than on Earth. The clocks on the GPS satellites orbiting our planet all gain around a third of a billionth of a second every day, despite being super accurate.
The problem doesn't lie with the clocks. The clocks run fast because time itself runs faster in space than it does on the surface of our planet, the reason being the mass of the Earth. Albert Einstein theorised that matter drags on time and slows it down. The larger the object, the bigger the drag!
So to really slow time down you need to find a very large object – something like a super-massive black hole. If a space ship could get close enough to a super-massive black hole and, say spend five years orbiting it, the people on that ship would experience time more slowly from us on Earth. In fact, while only five years would have past for them, 10 would have passed for us.
But super-massive black holes aren’t that practical and so, despite being natural time machines, aren’t likely to allow us travel through time in the near future.
But what about our really really fast rocket? According to Hawking, travelling really fast, close to the speed of light, actually slows down time and therefore allows you travel into the future! However, he explains that you’ll need to reach close to 50,000,000 mph before time will be slowed down enough for you to detect it.
If you travelled on a space ship going close to the speed of light for five years you would notice, on your return to Earth, that many more years would have passed here – thus travelling forward in time! But again there is a catch, because creating a ship that can go that fast would require huge amounts of energy and fuel. The fastest space craft ever was Apollo 10, but it only reached 25,000 mph.
So time travel does seem, at least theoretically, possible. But the reason why we haven’t built a time machine yet is simple – those damn laws of physics!
Labels: Irish Times BANG Physics Stuff Why Haven't They Invented ......