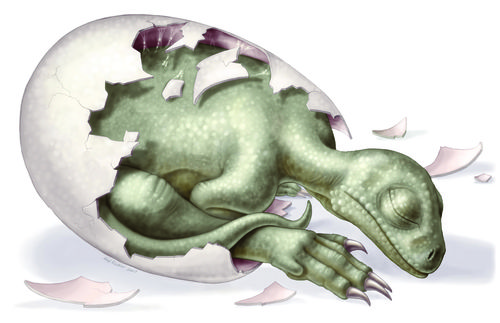 Palaeontologists have unearthed the oldest known dinosaur embryos. The embryos were found in well preserved fossilised eggs and are thought to be 190 million years old. They belong to Massospondylus, a member of a group of dinosaurs called prosauropods that were ancestors to the giant, plant-eating sauropods. Sauropods are the iconic four-legged dinosaurs known for their long necks and long tails. The embryos were close to hatching, a fact known because of the level of ossification in their bones (how much of their skeletons had turned to bone). The fossils also show that the future hatchlings would have been "oddly-proportioned" and would have looked very different from the adults of the species. The embryos were only 8 inches long while the adults would have been close to 20 feet long. For more information on this story click here.
Labels: Dinosaurs Today's Science News Todays Science News