In a busy day in science news here are some of the stories which really caught our eye! 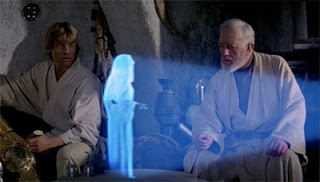 The Space Shuttle Discovery's launch has been delayed until Friday. The shuttle was due to make its final journey to the International Space Station but NASA officials have decided to postpone the launch due to poor weather. For more click here.
A "recycled" satellite, Deep Impact, will come within 700 km of the comet Hartley 2 some time this afternoon. Despite the fact that it will be travelling close to 12.5 km/s Deep Impact will take a series of photos of the inter stellar orbiter. Pretty cool. For more read this article in today's Irish Times.
Scientists are making some of movie's best gadgets come to life. A group of scientists in Arizona have developed the ability to produce 3D holographic videos, similar to those from Star Wars. Click here for more on this super cool invention. Another group of scientists, this time from Scotland, believe they are close to developing the technology for the production of "invisibility" garments, similar to the one sported by Harry Potter or Frodo Baggins! More on this story here.
Labels: Today's Science News Todays Science News