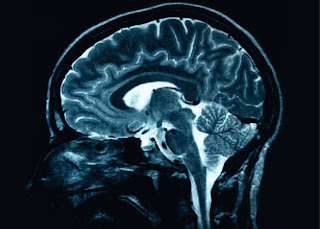 Below is an extract from a brilliant article by Sheila Wayman in yesterday's Health Supplement of the Irish Times about new research that suggests physical changes in the brains of teenagers are the cause of some teenage behaviours, such behaviours that have traditionally been attributed to hormanal changes.
If men are from Mars and women are from Venus, as author John Gray suggested in his mega- selling book, then what planet are teenagers from?
Mercury perhaps? That would be an apt choice, more for the properties of its namesake element, than of the planet. “Volatile”, “unpredictable”, “fickle”, “flighty”, “temperamental” are just some of the descriptions of people with a “mercurial” nature. Certainly, teenagers inhabit a world of their own. It can be upsetting for parents as they watch their cute, chatty little children morph into sullen and defiant mini-adults.
Traditionally, this transformation has been put down to “hormones”. But in recent years, neuroscientists have discovered that physical changes in teenagers’ brains may have much to do with it – changes probably greater than at any time since they were two years old and the likes of which they will never experience again.
Click here to visit the Irish Times website and read the full article.