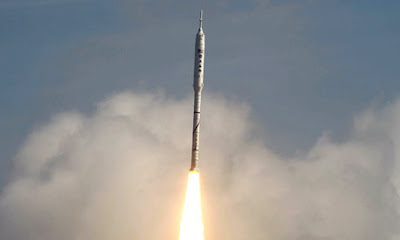 While we were enjoying a well earned break last week, the world of science continued to provide us with an array of interesting stories. Some of the more noteworthy include NASA's new Ares 1 rocket (shown above) which blasted off at nearly five times the speed of sound last Tuesday. The rocket was designed to replace the ageing Space Shuttle (which will feature in next week's Science Fact of the Week) and should be ready by 2015. Also in the news, a group of Cork scientists revealed that turmeric, a spice found in curry, contain chemicals which kill oesophageal cancer cells, even some that are resistant to chemotherapy. It might be too soon for tabloid headings like CURRY CURES CANCER however, as the researchers were quick to clarify that eating curry will not help prevent the onset of oesophageal cancer. And finally, a fossilised skull of a fearsome "sea monster" was found off the coast of Britain last week. The fossil, which belonged to a ferocious prehistoric predator the Pliosaur (an artist's impression is shown below) is 2.4 metres long and could belong to a creature measuring up to 16 metres in length from tip to tail and weighing up to 12 tonnes. 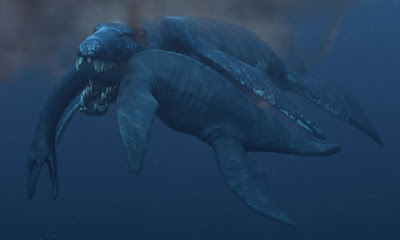