Science Fact of the Week 36 - Hydrogen 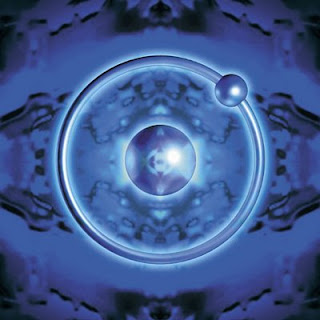 Hydrogen is a colourless, odourless, tasteless, flammable gas that is the simplest of all chemical elements. The hydrogen atom has a nucleus consisting of one proton and one electron. Although on Earth hydrogen ranks ninth among the elements in abundance, making 0.9% of the mass of the planet, it is by far the most abundant element in the universe, accounting for about 75% of the mass of all matter. Collected by gravitational forces of stars, hydrogen is converted into helium by nuclear fusion, a process that supplies the energy of the stars, including the sun.

Hydrogen is present in all animal and plant tissues in the form of compounds in which it is combined with carbon and other elements. In the form of hydrocarbons, it is a constituent of petroleum and coal. It also constitutes nearly 11 percent of the mass of seawater. The hydrogen content of the Earth's atmosphere remains low because of the continual escape of the gas into space.

German-Swiss alchemist Paracelsus, in the 16th century, was the first person to handle hydrogen, since he found that a flammable gas was produced when a metal was dissolved in an acid. However, hydrogen was then confused with other flammable gases such as hydrocarbons (like methane etc) and carbon monoxide. In 1766 the English chemist Henry Cavendish showed that hydrogen, which was then called "inflammable air," or "phlogiston," was distinct from other combustible gases by measuring its density and the amount of gas evolved from a given amount of acid and metal. In 1776 J. Warltire noticed that water was formed when hydrogen burned. In 1781 Cavendish confirmed this observation, and the French chemist Antoine-Laurent Lavoisier subsequently coined the name hydrogen (Greek: "maker of water"). The two heavier isotopes of hydrogen, deuterium and tritium, were discovered in 1931 and 1935, respectively.

Hydrogen was used to fill balloons and airships from 1783 until at least World War II, although, for passenger-carrying airships, helium has the advantage of non-flammability. Today, Hydrogen has many practical uses. Liquid hydrogen is used in cryogenics and in the study of superconductivity. Hydrogen is use in welding and for the hydrogenation of fats and oils to make butter, margarine etc. Other applications include producing rocket fuel, filling balloons, making fuel cells (see a recent post on the Honda FCX Clarity, a Hydrogen powered car), producing hydrochloric acid, and reducing metallic ores. Tritium is used in the production of the hydrogen (fusion) bomb. Tritium is also used in making luminous paints and as a tracer.