Frederick Orpen Bower was born in Ripon, Yorkshire on this day in 1855. After studying at Trinity College Cambridge and the Universities of Würzburg and Strasbourg, he became one of the leading botanists of his day – specialising in the study of ferns and other primitive land plants.

In 1880 he entered University College London where he worked alongside Thomas Henry Huxley, amongst others. In 1885, at just 29, he became Regius Professor of Botany in the University of Glasgow – where he stayed for 40 years.

Bower’s research contributed greatly to our understanding of the origins and evolution of ferns, and to palaeobotany in general; publishing The Origin of a Land Flora in 1908 and The Ferns from 1923 to 1928. He developed the idea of the alternation of generations in land plants (a 2-phase life cycle incorporating a haploid gametophyte generation and a diploid sporophyte generation). 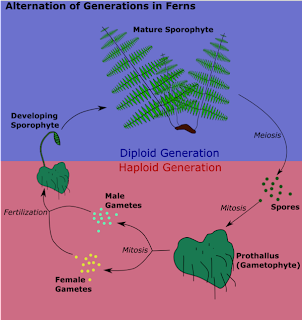 Bower actively enjoyed teaching and built Glasgow up into a major centre of botanical research. He was elected a Fellow of the Royal Society in 1891, was president of the Royal Society of Edinburgh from 1919 to 1924, and of the British Association in 1930. He was also awarded honorary degrees by the universities of Cambridge, Dublin, Sydney, Aberdeen and Glasgow.

Labels: On This Day People in Science